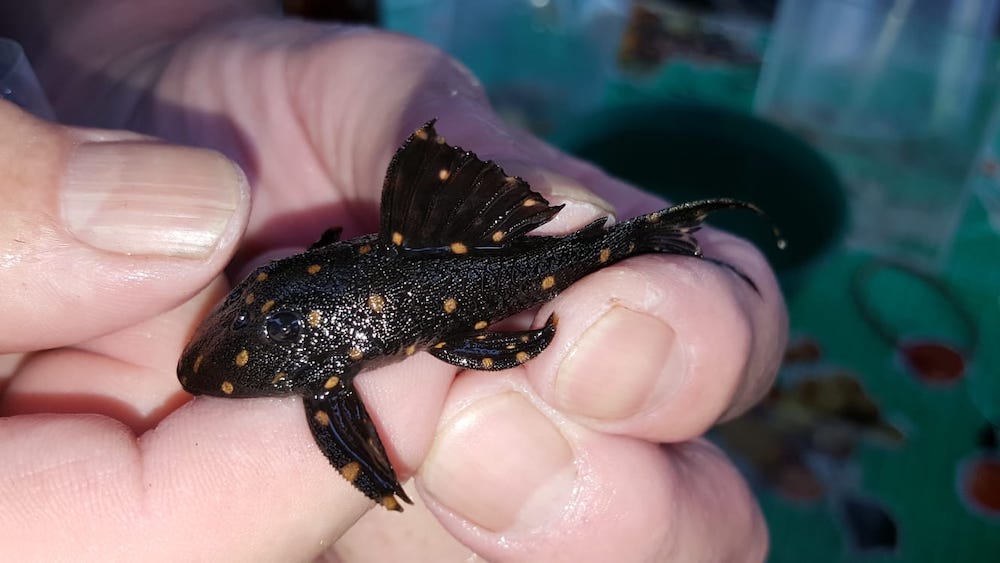 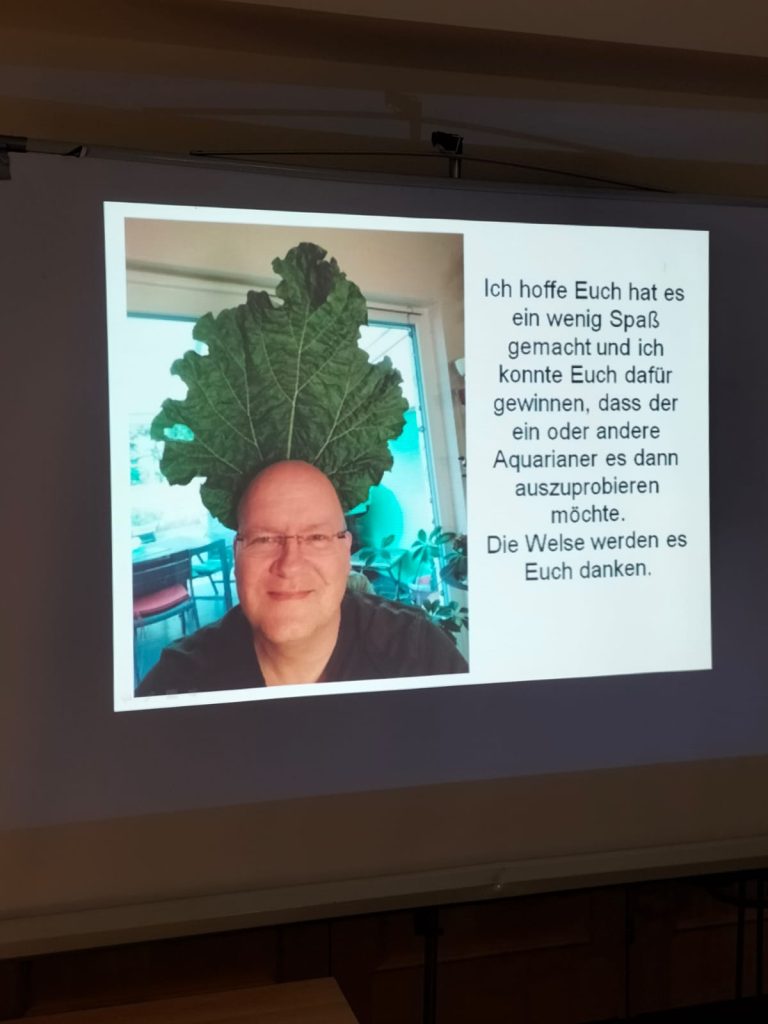 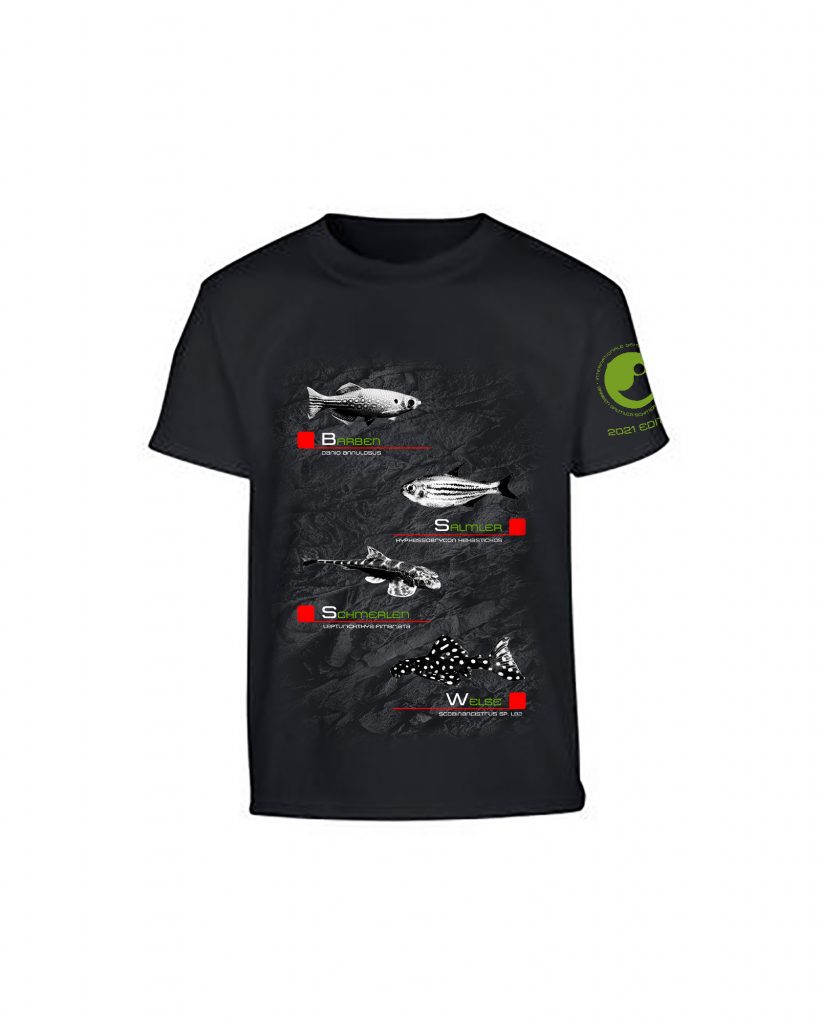 Originally this shirt was intended for the foundation of RG Italy in April 2020, which is why this time we can come up with an Italian designer who put the shirt together for us and put barbel tetra loach catfish in the [...]

At the 1st International L-Number-Days in 2009, Johannes LEUENBERGER reported for the first time on the successful reproduction of the ever-popular “golden nugget”. In the following years, aquarists tried again and again, but mostly unsuccessfully. Until 2021, when the Bellenz Fish Farm was able to report another success. The Bellenz [...] 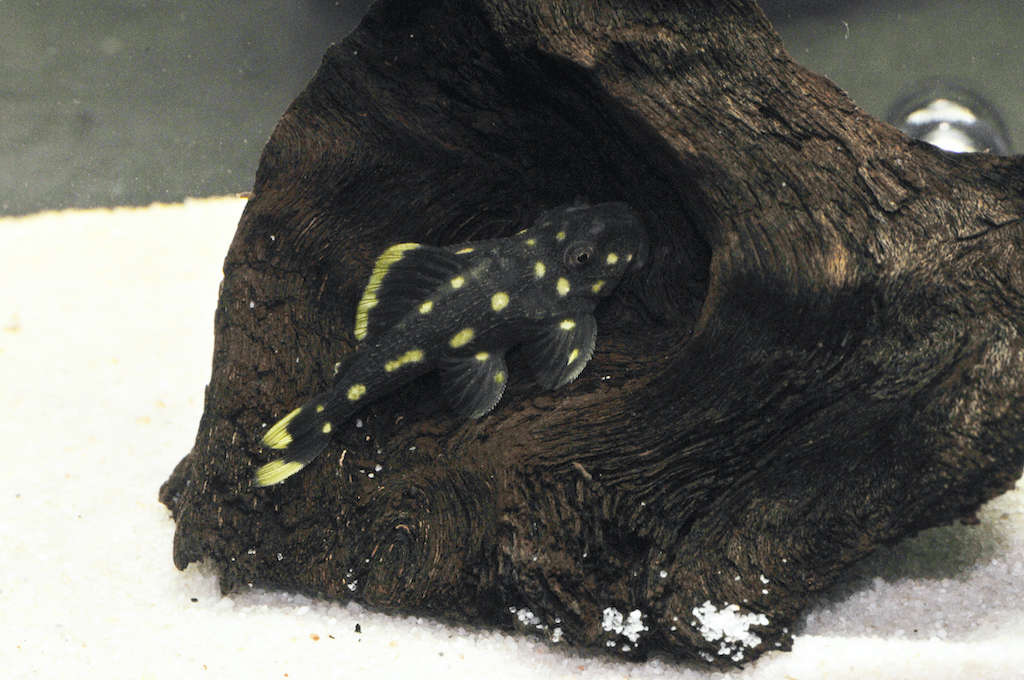 An earth-eater among the tetras

In November 2017 Michael BÖTTNER organized a spectacular import from Suriname: Bivibranchia simulata. Nine specimens were imported by him and taken over by me (JK).

They moved into a tank especially prepared for them (140x100x40 cm). The tank is filtered via a strong external filter, to which [...] 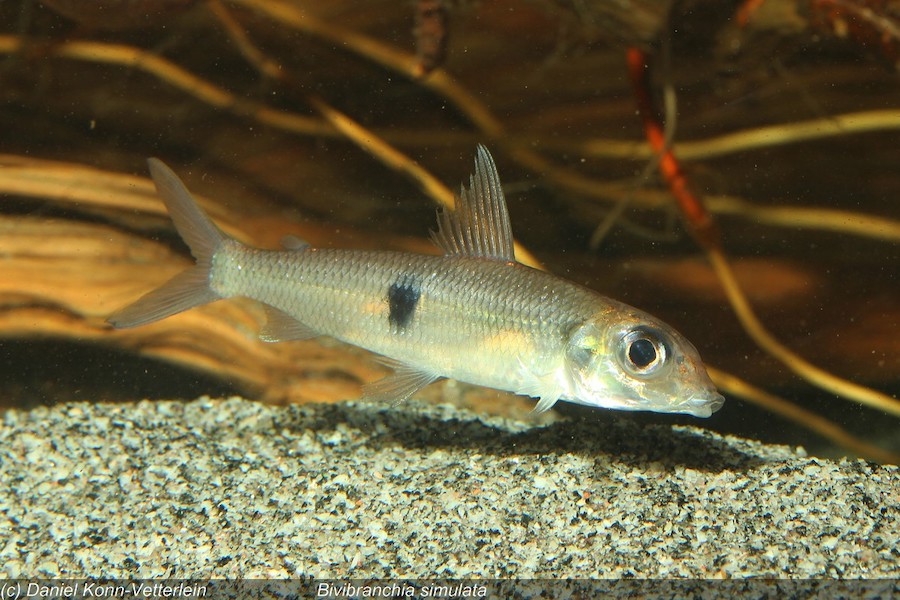 The genus Mesonoemacheilus contains quite attractive loaches, of which the species M. triangularis, M. guentheri and M. petrubanarescui have been imported so far. A short compilation with illustrations of the species can be found in SEIDEL (2012). M. triangularis, for which the name Batik loach has been [...] 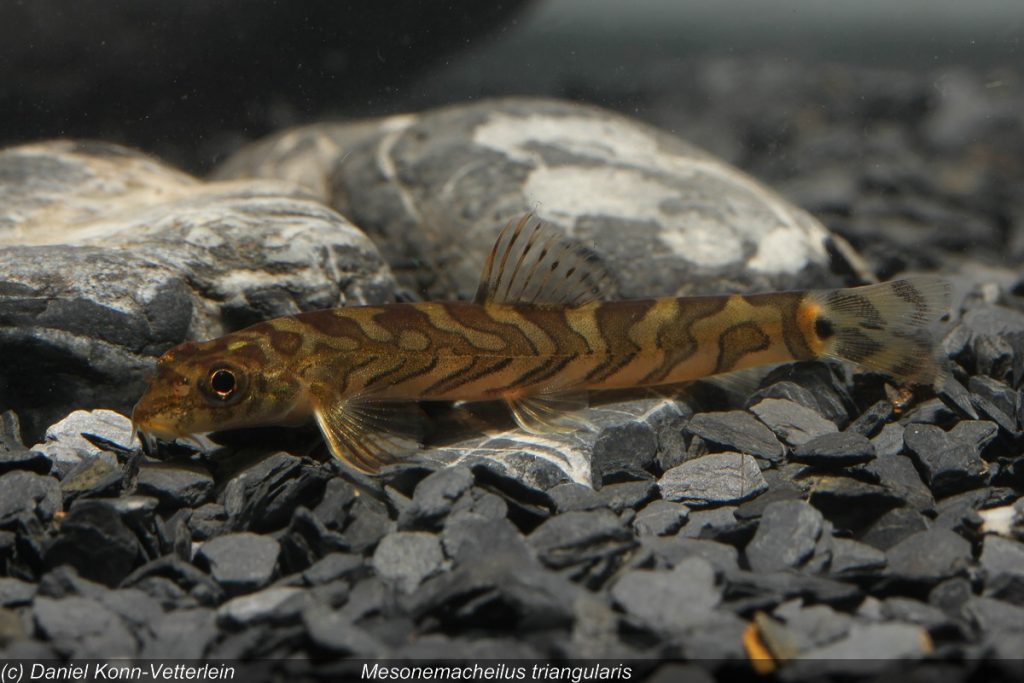 The IG BSSW e.V. (Internationale Gemeinschaft Barben-Salmler-Schmerlen-Welse e.V.) is an organisation that has been active for 33 years. It distinguishes itself from other associations by living and promoting the long-term conservation of fish species in the aquatic hobby (in captivity), as well as in nature, with a focus on consistency.

The approximately 500 members are spread over 17 countries worldwide and the strength of the IG BSSW is based in the fact that these members are very well connected among themselves. The aim of the association is the permanent conservation by breeding and, in particular, the first breeding of difficult species that are considered endangered in the wild and whose population strength is insufficiently known. Species such as Parancistrus nudiventris from central Brazil are massively threatened by dam projects, whereas the rather inconspicuous species Hisonotus charrua from Uruguay is threatened by general biotope destruction. Both species are economically almost insignificant but have found a place in private projects in the ranks of IG BSSW and are propagated by members. The experience and data gained in this way are updated in constant exchange with scientists in the field in order to support breeding projects in the fish’s homeland as well and to press for the necessity of biotope conservation.

Furthermore, the IG BSSW uses funds collected from members to promote active research on fish in their natural environment internationally. It also acts as an intermediary between science and aquaristics by making difficult-to-keep species available through offspring projects or specialised dealers, thus directly supporting research worldwide.

Offspring of certain species are distributed among the members at specially organised congresses and symposia, which mainly serve the further education of the participants, and thus form the basis for further breeding projects taking place internationally. However, especially species that have not been reproduced so far benefit from these meetings, as this is the only way that globally existing individual specimens can be brought together into groups and potentially reproduced. Although commercial ornamental fishing must undoubtedly be supported locally, as it is a lucrative and at the same time environmentally friendly source of income for local fishermen, the aim of the IG BSSW is always to collect information and helpful data in order to be able to reproduce successes in the future. For this purpose, many members take on long journeys and high costs, which primarily serve the preservation of species in aquaristics, but also in nature in the long term.

The attached sample articles give an insight into our work and are part of our association organ, the BSSW Report, which is published four times a year and has established itself internationally as a specialist magazine. The subscription is part of a membership in the IG BSSW e.V.

If you have any questions, please do not hesitate to contact us at leiter@ig-bssw.org.

There is a new BSSW shirt, the 2021 Edition. END_OF_DOCUMENT_TOKEN_TO_BE_REPLACED

At the 1st International L-Number-Days in 2009, Johannes LEUENBERGER reported for the first time on the successful reproduction of the ever-popular “golden nugget”. In the following years, aquarists tried again and again, but mostly unsuccessfully. Until 2021, when the Bellenz Fish Farm was able to report another success. The Bellenz Fish Farm is known for outstanding breeding successes (Scobinancistrus aureatus, L 368, Pseudacanthicus spp. etc.) and has already lectured about this at numerous IG BSSW events. END_OF_DOCUMENT_TOKEN_TO_BE_REPLACED